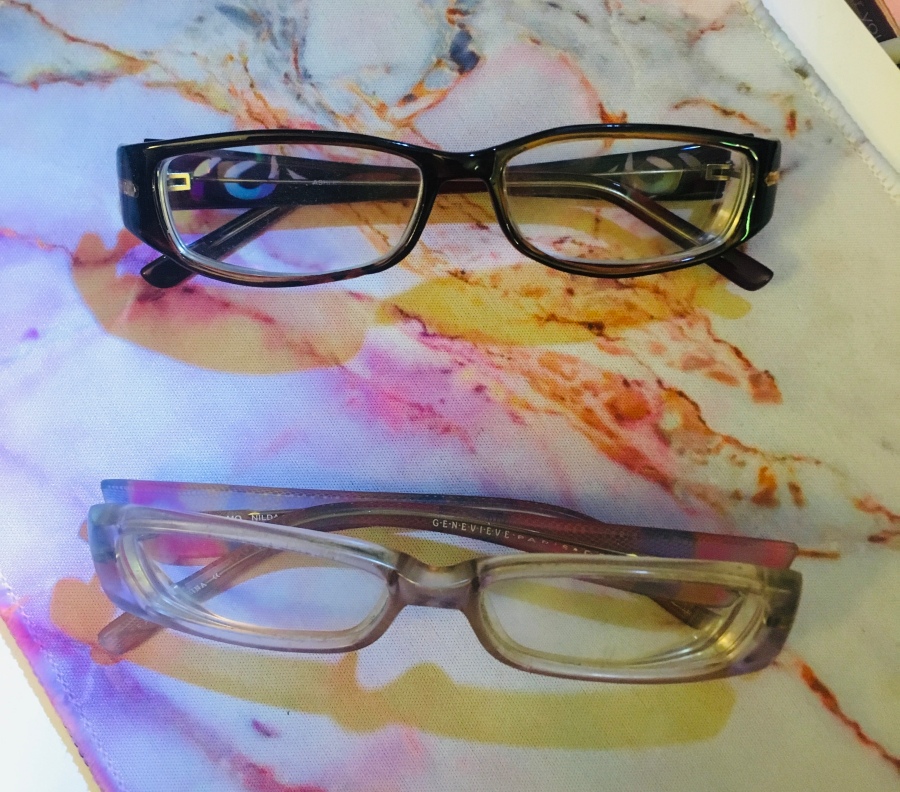 There’s a famous quote by Marcel Proust that (ostensibly) says:

The real voyage of discovery consists not in seeking new landscapes, but in having new eyes.

Remembrance of Things Past has never been on my reading bucket list, so I don’t expect to ever learn whether the most accurate translation of this quote is the popular one or the alternate choice postulated by Craig Thompson, as linked above.(1)

It doesn’t really matter, I suppose. Especially since today’s linkage to that quote is very tenuous indeed: I’m pondering the status of my adjustment to those bifocals I mentioned a few months ago. And thinking about seeing through new eyeglasses reminded me of that quote about seeing through new eyes. That prompted me to look up the Proust quote, whereupon I discovered this slight controversy about its correct wording….which I couldn’t resist from sharing here, in my own pedantic way.

But yeah: I’m really just posting tonight about having new eyeglasses. Nothing more.

All in all, the transition to wearing bifocals has been going swimmingly. I listened to some friends of mine and chose to go the Warby Parker route to order them. Thumbs up on the quality of that experience, all the way around. It was quick and easy to get a box of 5 sample frames to try on, and then after a quick Facebook poll, I chose the two pairs I was going to order for real.(2)

Warby Parker has this cool trick using the webcam and a credit card to help provide the precise measurements they need for the glasses to be made properly. So the order itself was a quick thing, and then I just had to have a little bit of patience while they manufactured and mailed my new glasses to me.(3)

So acquiring the bifocals was easy-peasy. Adjusting to them? That took a bit more work.

Fortunately, my eye doctor had given me pretty good coaching about how to pace myself in the adjustment process. For the first week after receiving my bifocals, I kept wearing my old (unifocal?) glasses when I was driving. Then, once I was at work, I’d switch to the bifocals for a few hours—increasing the amount of time wearing the new glasses form day to day.

There was only a day or two when I forgot to switch back to the familiar specs as quickly as I should have, but the incipient headache reminded me to do so. (And, luckily enough, said headache eased pretty quickly after I switched back to the old specs.)

By the time I was on last week’s marathon trip, I was sufficiently adjusted to the new glasses that I didn’t need to bring the old specs along. So I guess I’ve made this transition into another phase of middle age.

I do still have one remaining question: do those eyeglasses recycling programs still exist? ‘Cos I got two pairs of unifocal specs looking for a good home. 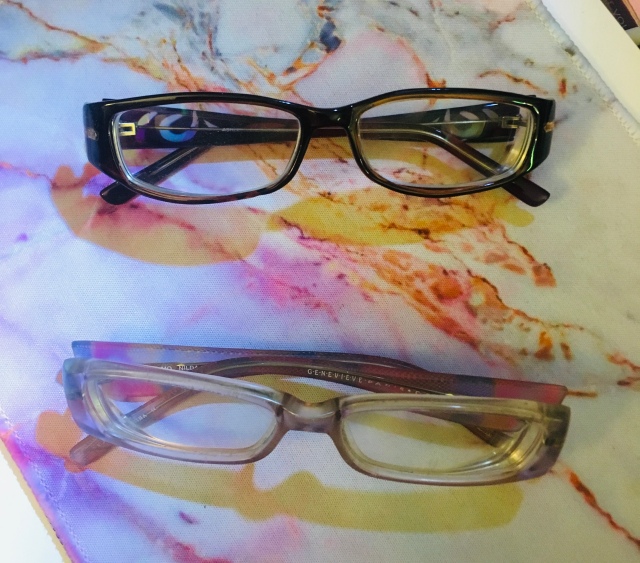 (1) I will mention, in passing, that I found it altogether odd that in the midst of all Thomspon’s pedantry about getting the context of the quote right, he never once mentioned the complicating factor that different translations could also have on different wordings for the same narrative moment in Proust’s book.

(2) I actually had about 3 or 4 potential winners form the set, but there’s only so much cash I wanted to outlay right now, you know? If my prescription stays as stable as it’s been of late, there will be plenty of time to build my collection in years to come.

(3) Honestly, it didn’t feel any longer than the wait to get new glasses from an in-person eyeglasses shop. It’s always a week or two.