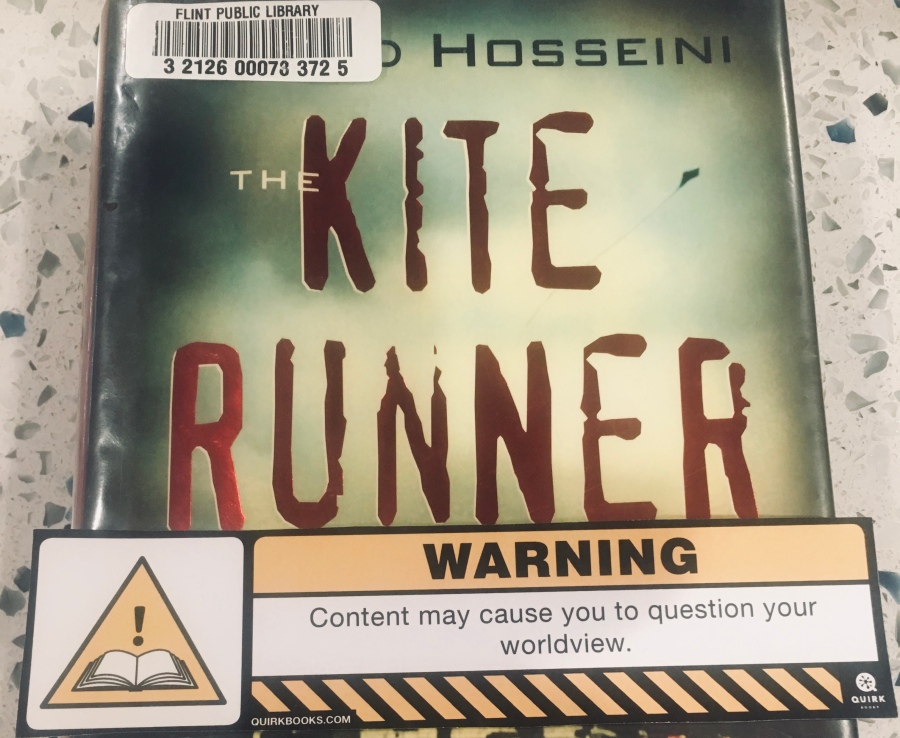 I hope these challenge creators quit their obsession with the number of ratings books have on Goodreads. It seems like I have had one of these “more than 1 million ratings” categories every darn year, and based on this Goodreads list, most of what fits this criterion falls into one of two categories:

Luckily for me this year, there are still a very few exceptions to that pattern, including one I was able to crosswalk over to the infamous bucket list. And that is how I came to check The Kite Runner out of the library.

The book has been vaguely on my radar since back when it was a book club phenomenon in the early-to-mid aughts. However, I’m enough of a contrarian that I often stay away from the big popular books like that.** Now, I’m not so much of a contrarian that I’ll let my latent snobbery and non-conformity keep me from reading something I’m legitimately interested in—I was more than happy, for example, to devour the final few Harry Potter books as soon as they were released, just like the rest of the world. But if there’s nothing else about a book that catches my interest aside from it being super-popular, I’m more likely than not to bypass that title in favor of something calling to me in a more personal and authentic fashion.

As such, I never got around to reading this book, until it became a way to check of a challenge category and a scratch-off square.

It’s possible that some lingering portion contrariness put something of a chip on my shoulder once PopSugar’s “super-popular book” category put The Kite Runner on the top of my reading list. I know for sure that my hackles got raised when I started reading the library copy of the novel and found a proselytizing bookmark inside declaring:

Warning: Content may caution you to question your worldview.

So yeah, part of me went into this book with a suspicious arms-crossed posture. You’re all that and a bag of chips? Well, let’s see if you can knock my socks off…

My skepticism notwithstanding, I honestly think that my lukewarm-leaning-towards-negative opinion of the book was legitimately earned by its problematics, and aren’t just an offshoot of me being hyper-critical.

(N.B.: I’m going to try and not give up too many plot details, but I’m not sure I’m going to be able to articulate what’s so troubling/infuriating about the book without dishing up some of those details. So, allow the photo below to provide of a visual break allowing the spoiler-averse to jump off the train right here. Everyone else: there be spoilers ahead!) 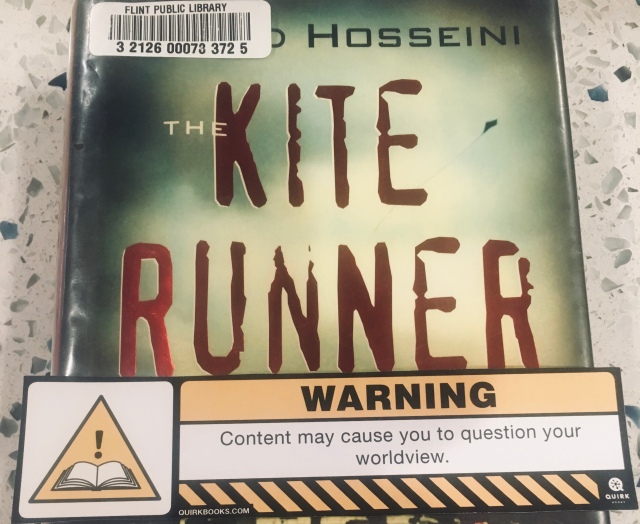 The novel centers on two boys, Amir and Hassan, growing up together in Kabul during the years leading up to the Saur Revolution and the Soviet invasion of Afghanistan. The boys are half best friends, and half frenemies. Not only are there significant ethnic and class barriers between the two—Amir is the school-attending son of a wealthy Pashtun businessman, while Hassan is the illiterate Hazara son of Amir’s dad’s house-servant—Amir’s own tendencies towards jealousy and emotional cruelty ensure that the relationship is never a real friendship.***

As the political situation in Afghanistan worsens, a brief moment of triumph for the boys is followed by violence, suffering and betrayal. Then, after the Soviet invasion commences, Amir and his father, Baba, emigrate to the US for a shiny new life. A life marked by loss (Baba dies of cancer), improbable success (Amir becomes a famous novelist and marries the love of his life), and “suffering” (you see, he feels really guilty for all the ways he was a cowardly shit in the past).****  Finally, Amir gets a chance for redemption by returning to Taliban-controlled Kabul, a trip that is filled with yet more violence, suffering and betrayal. And then, two pages from the end of the book, emerges the tiniest, most inconclusive possibility of hope.

One of the thematic elements that loops back several times over the course of the book is a reference to the Afghan folktale of Rostam and Sohrab. I think Hosseini was trying to create a similar ethos of destiny and meaningful concordance in his flood of coincidences, but it just didn’t fly to me. Especially when Amir tosses off some observation explicitly calling out how odd and unlikely some of these coincidences are, justifying them merely by saying that such unlikeliness was commonplace in Afghanistan.

And that Colonialist tone is the thing I find most troubling about The Kite Runner. The one Taliban character we see in any detail is a mustache-twirling child-rapist kind of cartoon villain. (Also, even though Mr. Taliban is referred to as an equal-opportunity rapist, there’s an extra bit of awfulness in that the only two such crimes we hear about in any detail are homosexual rapes and that is as close to an LGBTQ presence as we ever get in the world of this book.)

As for Hassan’s impossibly saintly nature? I wish I knew a term for a Middle Eastern analogue of the “Magical Negro” trope, ‘cos that is 100% the vibe I get. Hassan—and then his son—are victimized in heart-breaking ways, and the primary purpose that suffering serves to The Kite Runner‘s narrative is furthering whatever tiny bit of psychological and spiritual growth Amir achieves by that final glimmer of hope.

I can only imagine: book groups in the early days of the Iraq War, reading this and feeling subconsciously reassured by the book’s contents: You see, they’re prejudiced too, over there in Afghanistan. See how evil the Taliban are? We’re right to be invading!

No wonder the book was so popular.

* Note to self: go back and round out my Goodreads profile with all the books I read before I had a Goodreads account.

** Other examples of this phenomenon: Eat, Pray, Love; Like Water for Elephants; and Gone Girl.

*** And this is our narrator, who I think we’re supposed to like…

**** Again: this is our narrator/POV guy who we’re supposed to like!

3 thoughts on “The Kite Runner by Khaled Hosseini”