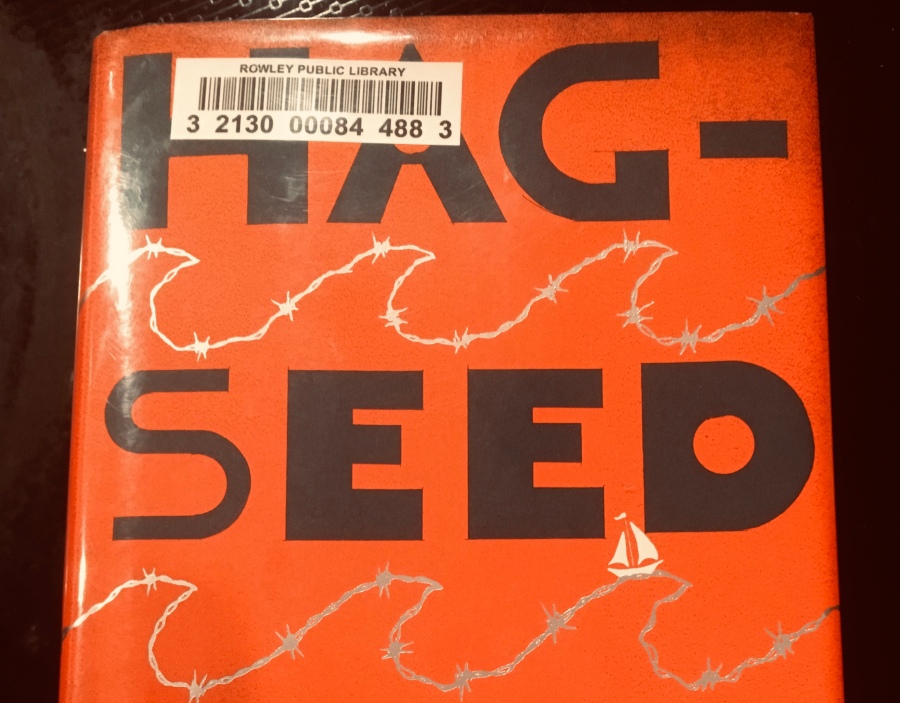 It is taking some real self-discipline to post a book review tonight. I skipped last night ‘cos I was binge-watching the end of Season 5 from Game of Thrones, and I’d be quite happy to cuddle in with my iPad to watch another few eps tonight.

But I need to get back on schedule for the reading challenge, so I’m limiting screen time today in order to read and report out on what’s been read.*

I don’t recall when I first heard of the Hogarth Shakespeare series: an effort to recruit however-many of today’s best-reputed novelists and inviting them to do reinterpretations of some of Shakespeare’s plays. I’m enough of a Shakes-nerd that I think I probably stumbled across mentions to the series a time or two since it launched in 2015. Because when it more strongly hit my radar this past summer, it did so with the flavor of something once-forgotten, now-remembered, rather than with the taste of something 100% brand new to me.

Strangely enough, one of the reasons the series held my attention more this past go-around was the simple fact that it came up in conversation on a holiday weekend, when I had full time and leisure to put several books form the series onto my library “wish list.” Which meant, once the lists of 2019 challenge categories came out, it was super-easy for me to zero in on that series as a way to check off these particular categories. 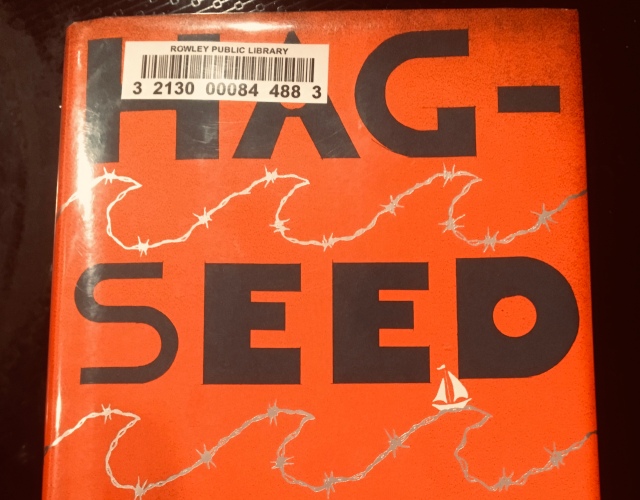 Choosing Atwood’s entry into the series was mostly random: I like Atwood’s writing and I like The Tempest, so I just kind of drifted to this title. Turns out, in retrospect, this is one of the more well-reviewed entries in the series, so yay me, I guess.

The novel centers on Felix Phillips, the one-time Artistic Director of a Canadian theatre festival known for its edgy/outre interpretations of Shakespearean classics. Having lost his wife and daughter to illness, Felix channels his grief into conceptualizing a new production of The Tempest—a production that is cancelled when his second-in-command, Tony, manipulates the organizational levers of Board and donors to have Felix ousted and to take over as the new AD.

If this all seems very meta, buckle up ‘cos there’s so much more meta to enjoy. Felix takes himself into isolation, nursing his anger and haunted by the still-growing spectre of daughter Miranda, who he imagines as still dependent on him for fatherly care. Some years into his self-imposed exile, Felix begins teaching literature and language at a local prison. Under the pseudonym “Mr. Duke,” he uses productions of Shakespeare’s plays as the venue for his courses: until the year depicted in this book, the year that revenge is offered him through the impending visit of Tony (now elevated to political power) to see the prison’s production of—you guessed it—The Tempest.

With such obvious references between original play and reinterpreted novel, there’s a high risk of things seeming labored or tiresome. Good thing that Atwood is near the top of her writing game, because the book is rollicking good fun to read. Yes, some of these coincidences stretch credulity, but ’twas ever thus in the world of fiction. And I, personally, am well willing to suspend my disbelief when there’s so much enjoyment to be had by doing so.

One touch I particularly enjoyed was how, after the revenge plot is enacted,** there’s an additional sequence where the members of Felix’s prison acting troupe share their perspectives on what happens to The Tempest’s characters after Prospero’s closing speech. Something about pairing the gesture of retelling the play with also breaking the play’s container to imagine further possibility was just so moving to me. Especially with the exquisitely beautiful narrative and referential gesture with which Atwood closes the novel.

* I’m aware there’s an irony in calling this “limited screen time” when so much of my reading is via Kindle and my blogging is here on the computer/Chromebook. Limiting video time?

** No spoiler here as to how or as to the level of success.

2 thoughts on “Hag-Seed by Margaret Atwood”