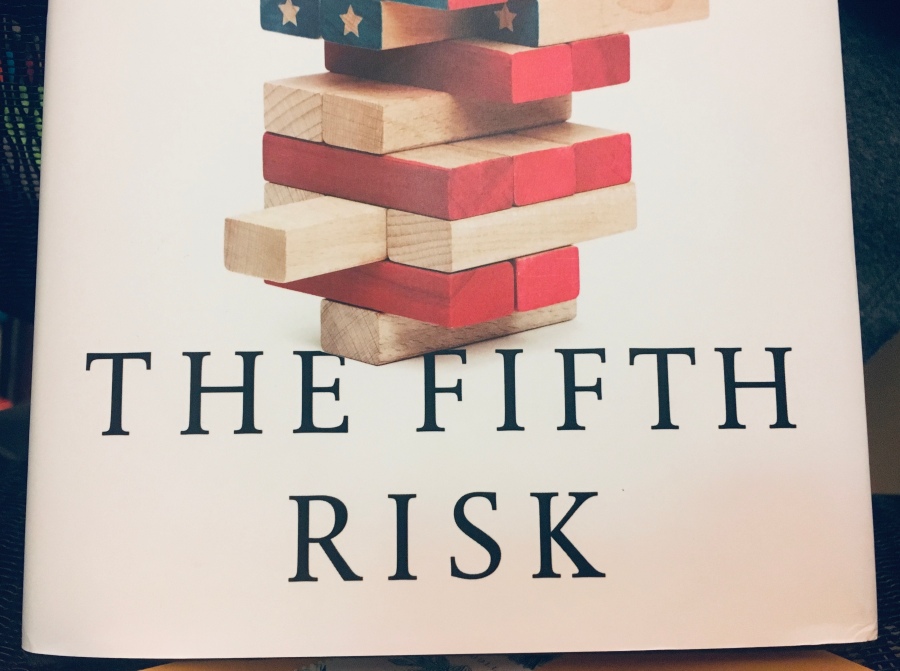 If I’d been a tiny bit more on the ball, I could have swapped this into my list before I posted my review of Alyssa Mastromonaco. Oh well: hindsight is eagle-eyed, but my foresight is sometimes more akin to a bat wearing a blindfold. C’est la vie.

Anyhoo, Michael Lewis’s journalistic bonafides look a lot more, well, journalistic than Mastromonaco’s, so I’m glad to have a better choice for a weak category so quickly.

This book first came on my radar a few months ago, when a coworker and friend of mine recommended it to me. I immediately put it on my Libby waiting list and merrily went along with life. Then, about a week before Christmas, most of my side of the family all ended up in Boston on the same Friday night*, so we made the most of the opportunity by getting together for a rollicking dinner out. My mom and sister both brought the book up as something they’d recently read and learned a lot form, and I mentioned my co-worker’s recommendation and that I was still on that library waiting list.

So my wonderful sister was clever enough to buy a copy of the book and put it under the tree for me.**

The book is at once a positive and a negative expose. On the positive side, he has interviewed a series of (former) staff at different federal agencies and divisions–the obscure ones, like Energy, Agriculture, Commerce (including NOAA and the National Weather Service(NWS))–to explore all the different ways these agencies have helped bring big resources and infrastructure to help U.S. citizens in ways that quite literally would not be achievable without having a national, public infrastructure. Whatever frustrations you may have with the partisanship happening on Capitol Hill, Lewis’s reportage is a valuable reminder of something I’ve been lucky enough to learn in my career: a vast majority of the rank-and-file staff at federal agencies are public servants in the best sense of that term. People with its of training and expertise who work very hard to serve the common good in a way that can continue throughout any Congress and any Presidential term.

The negative expose here is Lewis’s accounting of how ill-served these public servants are being by the current Presidential administration. Lewis tells of multiple agencies who prepared the binders and briefings that are expected to be used in a presidential transition, only to have no one in Trump-land interested in taking the time to learn about this big complicated government they were going to be running. For example, there’s a detailed discussion about how the Department of Commerce mostly serves a mission around science, technology and data, from NIST to NOAA to the NWS. And yet Trump’s choice for Commerce Secretary, when asked about those important scientific missions, pretty much says “Nah, don’t wanna do that.”

And then there’s the cronyism. Ross is one example, but Ross’s choice to head NOAA (the parent division of the NWS) was even worse–Barry Myers, CEO of AccuWeather, who has used legal threats and bullying tactics for years to keep as much of NWS’s publicly-available weather data buried and hidden and embargoed in order to pump up the market for his own forecast-for-a-fee services. Talk about giving the fox the keys to the henhouse!

The book is incredibly illuminating. And incredibly depressing. It’s like watching a slow-motion bus crash between your fingers, while literally being one of the passengers sitting on the bus.

So, no, I wouldn’t call it a fun read. But most certainly a worthwhile one.

** It was actually a very political Christmas, at least insofar as the different books we all gave to each other as gifts. (I almost want to go back and reconstruct the list for shits and giggles.)

2 thoughts on “The Fifth Risk by Michael Lewis”