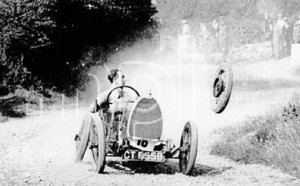 Well, the wheels kinda fell off the cart today. I had all sorts of ambitions — laundry, unpacking, Coursera, neatening up & getting organized, Epsom bath, and lots of precooking for the week ahead. And some of that got accomplished, but not nearly as much as I’d hoped.

After however-many days of self-neglect, I did decide to put the Epsom bath first on the priority list, and the bath segued into a nap — which is part of why my schedule got so off-course. After all of that, I did manage some unpacking and it will be easy-peasy to do a load of laundry tonight. So: partial success.

What concerns me most is that I haven’t done any cooking with all the food and spices I bought yesterday.

The challenge of taking the HCG regimen through the work week was greatly aided by all the food I’d been able to prepare with my coaches over the weekend. It only made sense to set myself similarly up for success during the coming week with a similar cooking spree, but I have completely dropped the ball.

And the funny thing is that this week, pre-cooking and pre-planning are even more important than they were last week. Because this week, I’m heading out of the familiar spaces of home and office.

I have two different AM networking/training events during the work week, and then Mr. Mezzo and I have concert tickets for Saturday night. Of course, there’s going to be “forbidden” food and drink at all these locales: I’m sure both networking breakfast buffets are going to be all about the bagels and Danishes currently off my list of allowables, and I think the concert venue is one of those “two drink minimum” kinds of places.*

So it would very much behoove me to make some preparations to help me get through these events. Instead, I’m having to look at the question of why, knowing this, I let my lazy child run the show and create a circumstance where I’ve stressed myself out in this fashion.

At least there’s a little more time left in the evening, so I guess I’m going to go do at least some cooking, so I can partially dig myself out of this hole.

* For the record, the tickets were bought many months ago, before I knew I’d be making the commitment to the HCG program. I’m not that much of a masochist.