This may become a perennial complaint, but I am really not feeling the love for the journal/blogging prompts I have collected in ye olde “hatbox.” Clearly, there was a point where I liked them enough that I spent however-many hours cutting up little squares of colored card stock and painstakingly copying out dozens of these things. But now, when I try to draw a card from the “hat,” I—at least 9 times out of 10—read it and curl my lip in a flood of “eh”…

But, I’m still grooving on the concept of using these random topics to stretch my writing muscles, and so I’m going to try and do at least one of these “From the Hat” posts each week. (Given the fact that I’m in such a dry spell around finishing books and watching new movies, I might actually benefit from pulling topics out of the hat more often.)

How will you be “mad” this spring?

Well, I can’t be that upset with a question that allows me to do some research right off the bat. Because I’m so curious about the wording of this. Like, is spring madness a common societal trope? I know the phrase spring fever, and the basketball tournament March Madness. And Professor Google has revealed the existence of a film titled Spring Madness, which sounds vaguely odd (and very much temporally located) in its own right:

The story of the lightweight romantic comedy Spring Madness (1938) would have been unthinkable just a few short years after its release. In 1938, however, the flirtation between the American Left and the Soviet Union was still in bloom, and the desire of college students to travel to Russia was not yet the taboo it would become amid the Cold War politics and Red Scare fervor of the post-war period.

But none of those threads of information and association really helped me understand why this prompt is so very assumptive about the ways folks “go mad” during the spring season.

So a bit of a researching dead end: but an enjoyable process, nonetheless, even with the lack of clear results.(1) 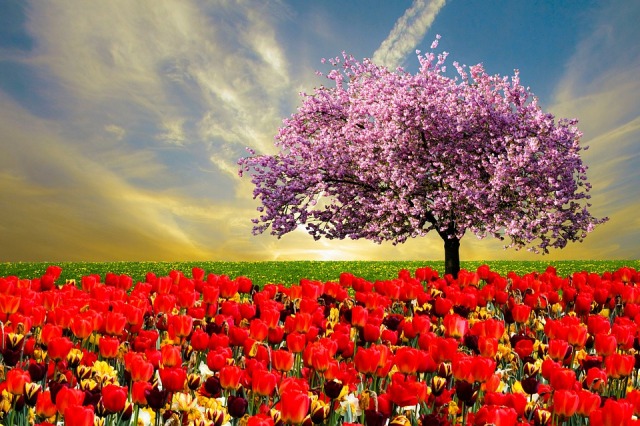 So, anyhow, what are my plans for spring madness?

I kinda think my journey through Mama Gena’s Mastery Program is going to fit the bill for me this year. There’s lots of ways the course is intended to be about expanding beyond your self-imposed (and culturally-encouraged) limits. I’ve already been stretching my boundaries some in the class—participating in course events and connecting with other students, which is not my usual shy/isolationist way of doing things.

And I know there’s still more madness and boundary-pushing I could stand to try during the remaining 10 weeks of this experience. (Like finally getting over my immature embarrassment to read—and speak the title of!—Mama Gena’s most recent book.)

I guess I’ll just keep singing Queen to myself as a temporary theme song: