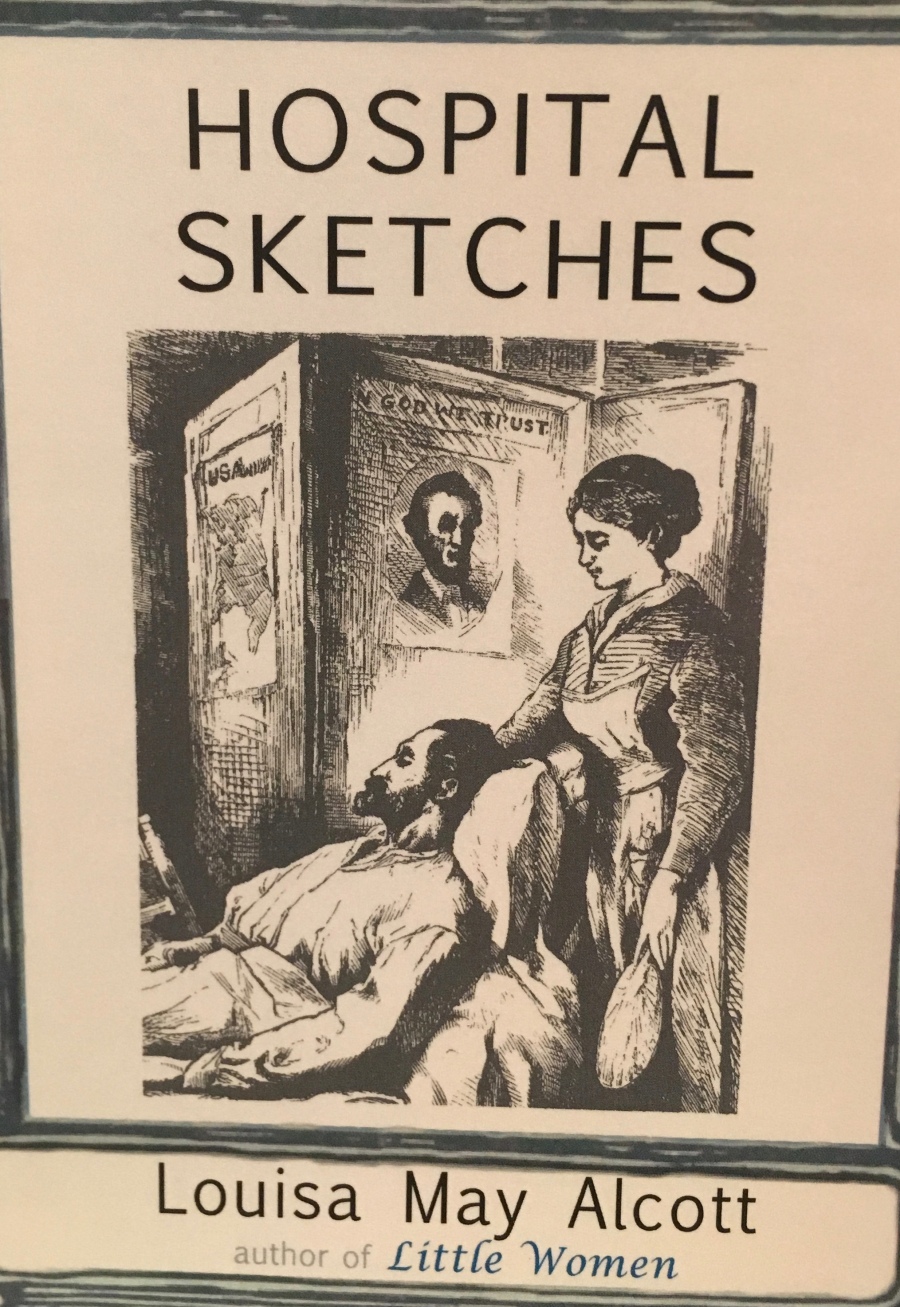 One might guess that I’m feeling better today than yesterday, being as I have been able to read–as indicated by another category completion on the year’s reading tally. That is, indeed, the case. Unlike yesterday’s achiness, it no longer hurts to be up and around. However, I am still finding myself to get tired out very easily.

All of which is to say: lucky for me this is such a wee slip of a book. Both for my capacity to finish reading it today, and for my odds of writing a book review tonight.

This book came on my radar two years ago, when I was preparing for a community theatre production of the musical Little Women. Often, when I’m doing a show, I’ll choose to do some amount of background research, so, considering the veiled semi-autobiographical nature of the novel, I decided to focus on a couple different biographies of Alcott. It was in reading those that I learned about Alcott’s brief term of service as a Civil War nurse and about this work depicting that term of service: the publication that began to build Alcott’s public reputation as an author.

Then, we decided to make a cast field trip to Orchard House, the home that Alcott used as her imagined setting for Little Women. I purchased my copy of Hospital Sketches in the Orchard House gift shop. 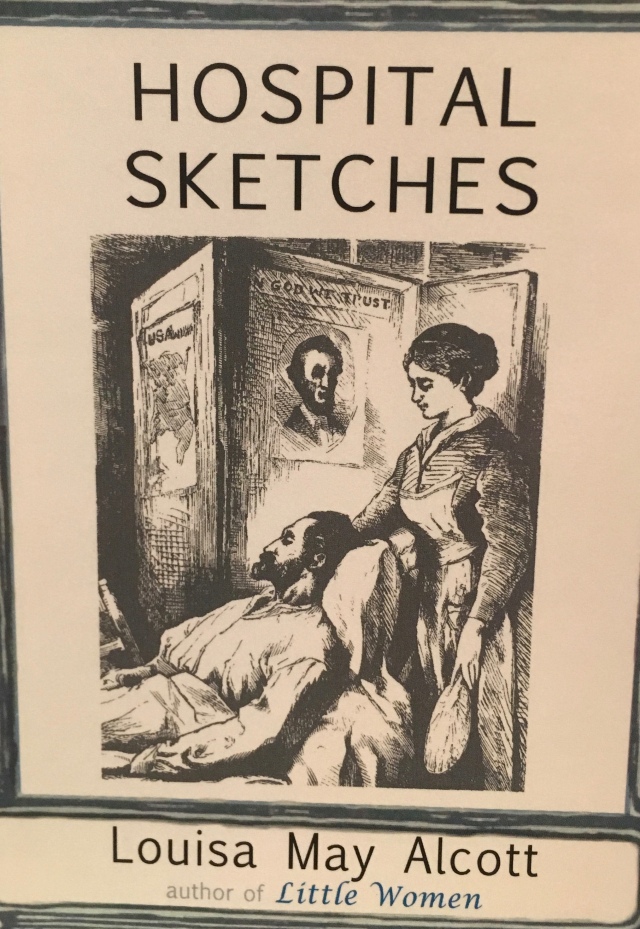 This book is, for the most part, a charming piece, and you can definitely see the foundations of Alcott’s authorial persona being shaped here. In all honesty, I enjoy the hints of vinegar and affectionate self-mockery in this book more than the sometimes-tiresome moralizing tone of Alcott’s more-famous children’s books.

Alcott frames her recollections of nursing via the persona of a “Miss Tribulation Periwinkle”—a pseudonym that signals how willing Alcott is to make fun of the more ridiculous and bureaucratic elements of her stint as a nurse, as well as her own human foibles and follies in negotiating said bureaucracy. The madcap dash around Boston trying to get her rail passage squared away is one such example, and I chuckled at Alcott’s rueful admission that as the day’s trials wore on, her own attitude shifted from that of “a woman’s rights woman,” eschewing any and all assistance, to someone willing to wear the mask of “timid trembler” (11) in order to benefit form the assistance of a helpful brother-in-law.

Amidst the comedic moments, Alcott tells stories of suffering, of injury, and death. Her depiction of the wounds and eventual death of Virginia blacksmith John is probably the most touching such passage in the book.

Be warned, though: this is a book of its era, and Alcott’s descriptions of African-Americans—although they are probably much kinder than many of her peers’—are incredibly retrograde to a modern reader’s eyes. Be ready for your basic 19th century abolitionist white saviour * stuff.

* Hey! There’s another one of those Brtitishisms in my spelling!

One thought on “Hospital Sketches by Louisa May Alcott”