Enough years have passed that I can’t tell you which opera. It was definitely something 20th century and modern/post-modern, knowing the operatic tastes of the group members (myself most emphatically included in the tally of that preference). Strangely enough is how one of the clearest memories I have from that trip (aside from impressing the gang with my ability to surgically insert my Honda into the flow Lincoln Tunnel traffic) was something that happened at dinner before the show.

We’d ended up at some nearby chain restaurant (Houlihan’s? TGIFriday’s? Again, the years have made that detail blurry). We had enough time to linger over drinks and our food, which meant that the restaurant went through its entire background music tape loop while we sat there. And, what with the playlist’s emphasis on top 40 music from the 1980s (with a smattering of late 70s and early 90s thrown in), I was able to identify each song and the artist of each track within seconds of it starting.

I remember my friends being amazed with this feat, though I also recall the amazement having a certain undercurrent to it. Isn’t there some quote someone said once along the lines of “Seeing a woman think is like seeing a dog walk upright: it’s not a question of how well they do it, it’s just amazing they can do it at all“?*

That’s a little of the freak-show-performer vibe I felt that night. My dinner companions had all grown up in culturally richer environments, you see — heavy on classical music, NPR, PBS, all that kind of thing. The idea that pop culture at its poppiest would be so deeply in my life’s blood was just a whole different way of being than they were used to.

I tell this story as a lengthy prelude to meditating on the ways I’ve been trimming down my schedule of obligations — at least for the next few weeks till I get re-centered and re-energized (I hope!). And also how one thing I’m holding onto is yet another Coursera course that recently started, on Comics and Graphic Novels.

It’s interesting: for whatever reason, this late-September into October stretch had a lot of Coursera/EdX classes which I was interested in. Because MOOC registration is so incredibly low-risk, my first move, back when I saw all these different topics during the summer, was simply to register for everything, to make sure that I’d get emails letting me know when things were starting. I’d cut the list down later, I thought to myself, imagining I could probably juggle 2 or 3 classes simultaneously.

Circumstances having changed, I’ve chosen just to keep my focus on one class out of the myriad options. And instead of contemporary poetry, or world architecture, or educational design, or positive psychology, I kept the comics class. Once again, going for the poppiest of pop culture choices. 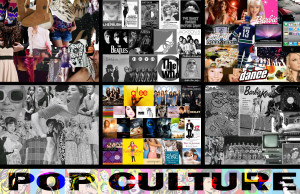 I sometimes feel abashed and embarrassed for being such a bourgeois, middle-class, mass-culture, pop culture kind of person. (Telling that story, above about the opera field trip, I even wanted to apologize for being so bougie as to be eating at a chain restaurant, as opposed to some local boho gem of a restaurant.) Consdering how many big serious stories going on in the world today, it feels a little bit frivolous to be spending so much of my “cultural analysis” here on JALC on the downhill side of that high culture/low culture divide.

But as I was listening to the opening lecture for the comics class, and watching this medievalist who also teaches comics classes talk about the interesting ways that comics function as both art and commerce, I started thinking that maybe there’s a method to my madness.

For me, “high culture” sometimes functions almost aspirationally. Showing new perspectives on things, paving a path towards society as it could become — even in the places where it’s most grounded in making commentary on society’s ills, the very marginalization (and, often, the academic locale) of these genres/texts gives me a feeling of separation. A picture of life as it could be or should be, or sometimes a separated (ivory-tower?) condemnation of society as it currently is.

For the record: there is definitely a place and a value for me in that kind of high culture enterprise. Every good thought I’ve ever had is indebted to the writers and thinkers I learn from — many of whom are supported by the intellectual/academic enterprise I’ve just degraded by calling “ivory tower.”

But there’s something in mass culture that senses to me like an expression of society as we really are. And that’s good and bad and messy all at the same time, with threads of open-heartedness and generosity interwoven with the deeply scary poisonous soup of mysogyny and the kyriarchy.

For whatever reason, unpacking the communicative threads — conscious and unconscious — of mass culture expressions is the kind of writing/criticism that interests me the most. That charges me up. That inspires me. It’s part of why I never entirely felt as if I fit in at grad school (in either program).** It’s a big part of why I am probably going to continue to be more likely to talk about feminism through the lens of Beyonce than bell hooks.

And I think I’m okay with that.

* I tried to Google to find this, but I could not come up with a distinctive enough search string to help me out.

** Not to say that it’s impossible for an academician to be looking at pop culture. We just didn’t have any of that in the two programs I attended.

3 thoughts on “Lowering the Brow”