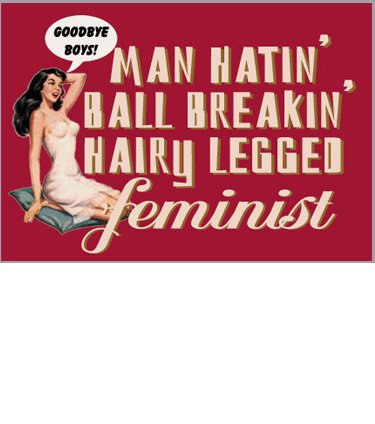 And, as with other news stories in past weeks and months, I am returning to Emma Watson’s address at the UN on Saturday for another piece of discussion, through another lens of analysis.

I know that during the time I am returning again and again to this particular well, that there are many other stories I am leaving untold — it is that fact which sometimes leads me to have such vivid fantasies of winning the mega-millions and writing all the livelong day. Nevertheless, I find for myself that there is a value in looking deeply at one event from multiple lenses, rather than always popcorning to report on event after event according to the formula so brilliantly summed up by Kate Harding, back when she shuttered up Shapely Prose:

By last spring, I became increasingly aware that I was doing a lot of “Stock Intro A + Stock Feminism/Fat Acceptance Points B and C + Free-Form Outrage Interlude + Stock Conclusion D = done for the day,” and that is really not the kind of writing I want to be doing.

Rather than throwing myself over too strongly into “wind-up doll of feminist outrage mode,” I believe that by looking deeply at the multiple facets of one thing, I am sometimes better able to point to all the unconscious workings and cultural patternings that so interest me about the world and the patriarchy.

(And by “so interest me,” I mean “that I hope to name clearly in the vain hope that speaking the name of the Thing forces it to magically self-destruct like in the fairy tales.“)

So, my third pass at understanding Watson’s UN address has me thinking about the topic of courage. For starters, I took some time this evening to watch the video of Watson’s speech.

(Apologies for embedding a video from a random source — for whatever reason, the video of this speech on the UN’s official YouTube channel has been blocked on the basis of a “copyright complaint.” I am trying very hard not to go all X-Files conspiracy theory about that little factoid.)

Some of the press coverage I saw about Watson’s speech on Saturday commented on her nervousness — since the main two places I recall seeing this mentioned were at E! and Us Weekly,* I wasn’t initially sure how much credence to give to that detail. After all, these are the kinds of sources that also made sure to include a fashion report as part of the article — even though they were at least polite enough not to make the fashion angle their headline — so I couldn’t tell if this detail was being overemphasized in coverage that’s slanted towards making sure we all know that Watson is a pretty, decorous, soft-spoken, fashionista of a feminist, rather than the awful “other kind” of feminist.

(Which probably means me. Oh well. Moving right along…)

It tuns out, after having watched the tape,” that Watson’s nervousness was sufficiently palpable that I might have chosen to mention it myself, were I journalist attending and covering the event. Not to suggest that she should have somehow been less nervous — if I were ever to be giving such a high-stakes address in such a high-profile setting, you might best look to find me cowering under the podium, rather than standing behind it.* Instead, the movements I hear in her voice and see in her manner, shifting from flashes of fear or nervousness to places where she speaks clearly with passion, and the commitment to continue speaking what she believes to be right and moral and true no matter which feeling (confidence or fear) is most predominant in that nano-second — all of this inspires a higher degree of admiration than I had upon just reading the printed transcript.

There’s all sorts of sayings out in the world about how courage isn’t being free of fear, but it’s finding the strength to take action in the face of your fears. But sometimes I wonder if the influence of patriarchal machismo culture still casts that notion through the lens of taking a big stand — having your moment of fear, but then setting it aside and never looking back.

And my admiration for Watson’s courage is only increased by my knowledge of what asshattery has transpired since her address. As reported by The Mary Sue,

Perhaps predictably, 4chan’s b board responded to Watson’s rallying cry by threatening to make the Goodwill Ambassador the next victim in the wave of nude picture leaks that have happened over the past two months, complete with the countdown website Emma You Are Next. In addition to threatening to commit a sex crime against the actress and activist, users also spread a #RIPEmma hashtag on Twitter along with pictures of a fake report on the actress’ “death.” [. . .] If anyone doubted the necessity of Watson’s campaign, just remember that the actress’ call for equality resulted in one community’s hope for her death and violation.

Death and Taxes provides more details than The Mary Sue is willing to air about exactly what vileness is being spoken by these fellows (CONTENT WARNING, obvs.), summing the implications up in this fashion:

The frightening thing is that, like most of their other campaigns against women, they truly see themselves as just warriors fighting for what’s right. They believe that this is what Emma Watson has coming to her for daring to speak up or identify as a feminist. [. . .] The goal is to make it as uncomfortable to speak out about misogyny and women’s issues as possible, the goal is to make it a scary thing to do, which is why they go to the wall in terms of harassing women like Emma Watson. At the end of the day, this is the crux of it. It would be sad if it weren’t so vile.

Considering how often this pattern of vile and disproportionate pushback has been played out in the public eye — I wrote about it myself not too long ago in reference to Anita Sarkeesian’s work — and considering how many years Watson has been living in the public eye, part of me wonders if she had at least an inkling that this sort of blowback harassment might be directed towards her after speaking at the UN. Like, even if she didn’t exactly know how it would unfold, or that it would be this bad, she may have suspected that something crappy would get directed her way, just like it gets directed any anyone who is willing to voice feminist ideals in a public setting.

And if my suspicions are correct, that makes Watson’s courage all the more remarkable to me.

* And if you look closely at the recording and the design of the podium in question, you’ll see what a futile act that would be.

One thought on “Acts of Courage”