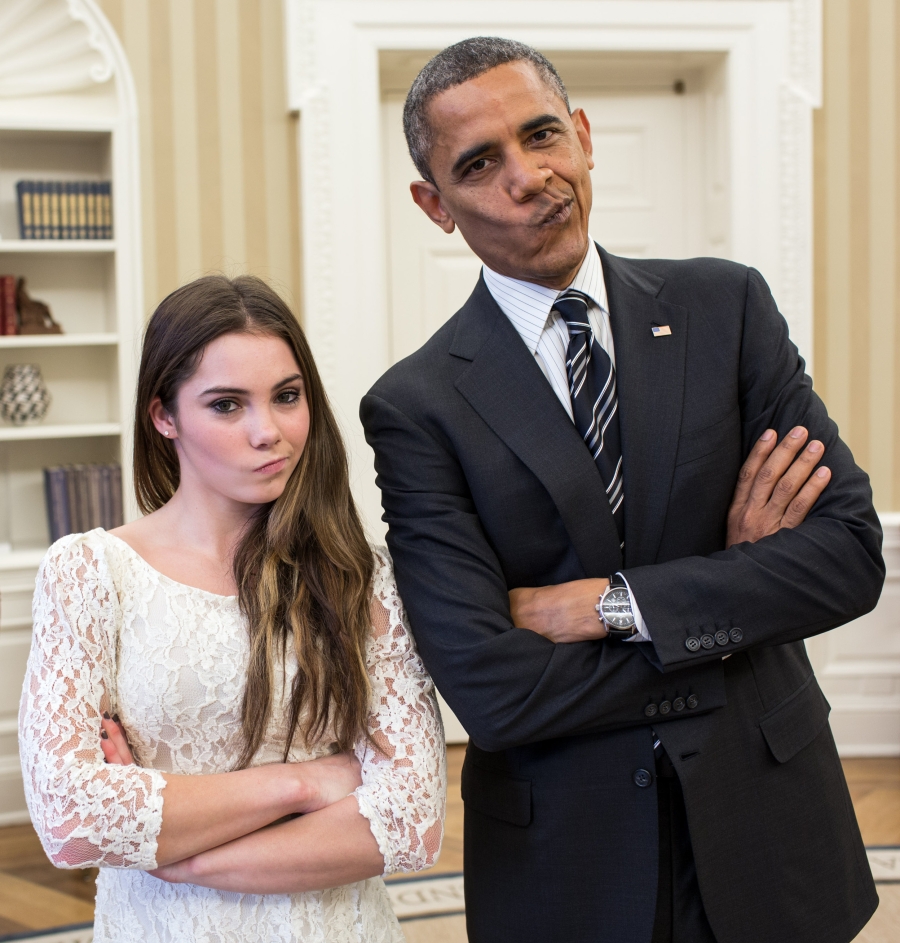 One of the things I did accomplish over the weekend — though here, I’m defining the verb “to accomplish” very loosely — is clear some of the detritus off of the DVD player. Some of this was deleting things I’d watched already and saved for some inexplicable reason; some of this was ruthlessly deleting things I’m a) never going to watch or b) can find On Demand if the temptation to view ever becomes undeniable. And some of it was watching shows I’d taped in past weeks. Like the Emmy telecast.

Which means I am now finally qualified to comment on Vergara-gate 2014.

I am so far behind the times on this one that I’m assuming not much recap is needed. Basically, Academy of Television Arts & Sciences Bruce Rosenblum used Vergara as backdrop in an attempted-joke that fell, shall we say, flat as a lead pancake. Let’s let Time magazine pick it up from here:

Rosenblum asked Vergara to step onto a pedestal that then rotated 360 degrees, showing off the Latina star’s famous curves while he talked about the state of the television industry.

Vergara played along dutifully, striking attractive poses after an initial awkward moment. Though the gimmick might have turned into a commentary on how Hollywood actresses are hypersexualized and objectified, the second beat of the joke never came. Instead, it ended with a straight-up justification for the sex-sells mentality: “What truly matters,” Rosenblum said, “is that we never forget that our success is based on always giving the viewer something compelling to watch.”

The Internet news cycle unfolding from this was nothing if not predictable. Immediate Twitter responses:

On the plus side, the Vergara bit has magically united everyone in my Twitter feed in mutual sorrow and shame.

Somehow this bit with Sophia Vergara is far more symbolic than the #Emmys means it to be.

A woman wins for writing the best hour of tv this yr. Sophia Vergara on a rotating ass podium. It’s weird being a girl, y’all. #Emmys2014

This was followed by a wave of feminist cultural criticism. Here’s my usual go-to sources on things: Jezebel, Salon, Slate — plus the Time article I linked above.

Some of these negative responses — especially on Twitter — sketched out a perceived and uncomfortable dichotomy between Beyonce’s feminist statement Sunday night on the VMAs, and this event occurring a scant 24 hours later on the Emmys.

The audience just clapped for Sofia Vergara's butt while she rotated on a disc. That Beyonce feminist moment on the VMAs was pretty cool. 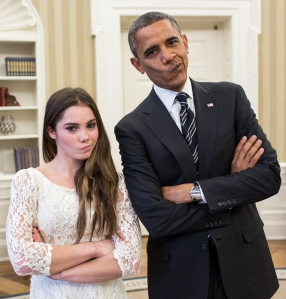 Then, in yawningly predictable fashion, the strong sexual content of Beyonce’s VMAs set (which I admitted myself to be a touch challenged by) and the differing levels of praise and scorn between Sunday and Monday were held up by various conservative/libertarian sites as an example of feminism’s “hypocrisy.” (See The Federalist or Politichicks*)

So if nothing else, this has provided a useful topography of the increasingly siloed and echo-chamber nature of Internet discourse. We all amplify the people we agree with and decry those who take differing perspectives, and rarely the twain shall meet. (Trust me: I am as guilty of this as the next person.)

Only, when all is said and done, I think Time was both more right and more wrong than it knew in its reportage of this happening. Because, however imperfectly done, however flatly it landed, I honestly do see this joke as an attempt to provide humorous commentary on the objectification of women. As the pedestal starts turning, Vergara pantomimes confusion, followed by a mixture of annoyance and the attempt to be a good sport about things. (Considering that this was all for the CEO of her industry’s most powerful organization, I find myself wondering how much acting was really required to signal this mix of annoyance and resignation.) And the “second beat of the joke” that, according to Time, “never came”? That was the line you reported in your very next paragraph.

“That’s why I stopped doing the car shows!”

Y’all, the Emmys just got baldly compared to car shows in its treatment of female bodies and female beauty. If that isn’t an attempt to provide commentary on TV’s objectification of women, I don’t know what is.

As far as I can tell, the bit failed because it didn’t make the counter-text or subtext evident enough to have impact. And with the commentary subtext remaining too, too sub rosa, this bit allowed those who like objectifying women to do so in an unfettered manner, and didn’t provide enough substance for anyone wishing to create an artistic/comic counter-narrative.

[SIDEBAR] This all kind of reminds me me of the time when a colleague grad student and I tried to design a course that contained a compare/contrast exercise between masculinized business power as portrayed in Glengarry Glen Ross, and female (sexualized) business power as portrayed in Disclosure. Except, as we complained to each other in the living of it, “All the undergrad guys were too busy lusting after Demi Moore’s hot bod to do any critical thinking.”

In retrospect, I wonder why I was naive enough to expect anything different. Because lusting after Demi’s hot bod is exactly the result that film is designed to invoke! [/SIDEBAR]

So I see the honest attempt to make a joke – it’s just one that comes across as lazy humor, old-fashioned, sufficiently outdated to not be very humorous anymore. As Alexadra Petri summarizes in the Washington Post,

It’s not just a boys’ club any more. This doesn’t mean, as some seem to think, that there is a gaggle of irate feminists standing at the gate to all entertainment shouting, “NO FUN ANY MORE! NO FUN ANY MORE, FOR ANYONE!” It just means that jokes have to aim — not even necessarily higher, just wider. If the joke only makes the segment of the audience laugh that is sitting there in trilby hats (NOT fedoras) holding copies of “The Game” — that joke is just not good enough. (Boldtype emphasis added.)

I just wish more of the criticism had understood and acknowledged the ways Vergara’s bit attempted to play with subtext and counter-narrative. Because by missing that important detail, we have unintentionally played into the stereotype of the humorless feminist yet again.

“So how many Mount Holyoke girls does it take to change a light bulb?”

* Which is evidently the “voice of the conservative woman” and earns points with me (of a sort) for being the most troubling/unattractive remix of Rosie the Riveter iconography and for reminding me of one of the better one-liners a fellow grad student ever said in my presence.