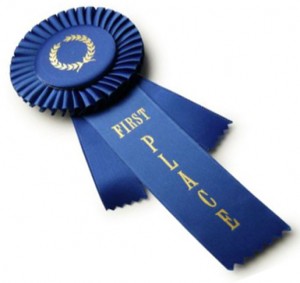 This morning, I spent some time writing in my pen and paper journal* to study the eruption of anger and envy I was wrestling with last night. Given everything I said — even in the moment of my emotional tantrum-ing — about my heartfelt wish for a full-society evolution past the chokehold of patriarchal, misogynist structures, then why was I so quick to fall into that resentful funk?

As best as I was able to sort it through, there are two primary threads to it: a sense of distrust and, more prominently, my addiction to being accepted and acknowledged.

First, the distrust. I’ve already written about the eerie sense of similarity I feel between Elliot Rodgers and George Sodini’s actions, and the ways both those mass murders are part of a long and ugly tradition of misogynist crimes. So even as I try to hope that things might finally change in the culture, I’m also feeling a lot of distrust that anything really will. Maybe there will just be this temporary explosion of rhetoric which quickly sinks back into complacency and the status quo.

I very much hope that isn’t the pattern that unfolds. And for all my snarky distrust, I have some portion of hope in my system. The tone of the discussion just senses different this time around. I’m not naive enough to think that everything will unfold as uninterrupted progression from today forward, but I wonder if we’ve reached (or if we’re approaching) a tipping point of cultural awareness. Once enough folks wake up, I believe, the old opiates won’t work to stop evolution.

But the deeper, darker piece of self-examination has had me taking a really close look at how my addiction to being right and being acknowledged is so strong that part of me is really envious and resentful around the idea of the culture reaching this tipping point.

Like, I get that the awareness of misogyny has to become common knowledge for things to change, but if it becomes common knowledge then those of us who were at the vanguard, thinking and talking about these issues ahead of the curve, then we won’t get credit. And the truth is, even if I can claim a place in the vanguard, it’s probably only a molecule’s worth if real estate. But man, the desire to “get credit” for that molecule’s worth of territory is hella strong.

Ultimately, I tried to boil things down to the essence and asked myself baldly and bluntly: “What do I care about more? Humanity’s evolution or getting the credit?”

The answer is that the soul-force me DOES care more about evolution occurring than anything else. But it’s a closer race than I would prefer it to be, measuring my investment in evolution against my investment in acknowledgement.

It has been really sobering to see how virulent this addiction is, and then to force myself to face up to the truth of it. Facing up to the real truth — that yes, even this thing I am so tangled and addicted to, this yearning for acknowledgement, yes, even this I am willing to give up if it means the culture can shift.

But, of course, the giving up of the addiction is a day-by-day (minute-by-minute?) practice, rather than anything as simple as turning off the faucet…

So, as with so many things: more to study. Progress rather than perfection, ongoing awakening rather than an arrival point.

* Yes, I keep an analog journal in addition to a blog. Why? As with so many of the dangling participles I leave around here, that’s a story for another day.