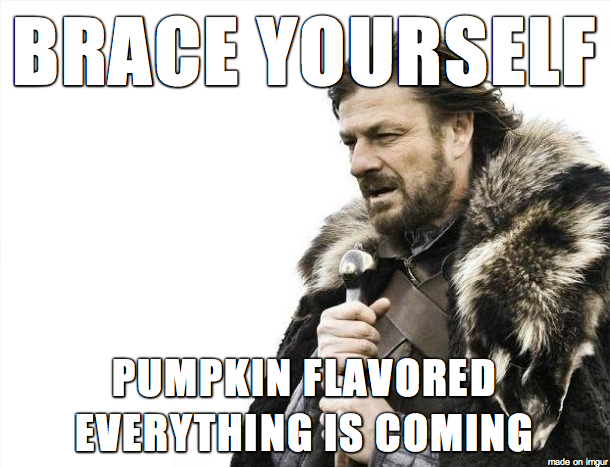 END_OF_DOCUMENT_TOKEN_TO_BE_REPLACED

Back in college, I took one creative writing class. One of the exercises was to create a scene and tell it from two different perspectives. Being very much in a “write what you know” place, I concocted something about one student dropping by another’s dorm room to pick up notes from a missed class.

I created laughingly amateurish levels of contrast between the two characters and a somewhat tense snip of dialogue for this hand-off. Then I presented the exact same dialogue, Rashomon-style, through both POVs, trying to suggest the truth beneath each set of false assumptions. The borrower, who through the eyes of the lender looked prim, overdressed and snobby, was actually tense because she was late meeting her parents for a dinner out. While the lender, who looked through the borrower’s eyes as disorganized and a slob, was…actually, I can’t quite remember what angle I took for her inner life.

I was unaccountably proud of myself for the discipline I’d shown in reproducing the dialogue so precisely within both pieces, and how I’d worked so hard to make sure that neither girl came off entirely the villain. Which is why the most instructive piece for me about the whole experience was the response of one of my classmates — when the conversation turned to my pieces in the weekly portfolio, it became very clear that she’d bought so entirely into the perspective of the notes-lender that she’d disregarded everything I’d tried to show to explain and justify the borrower’s behavior.

The lens of one’s perspective can be incredibly strong in the way it filters our understanding of what we see and experience in the world. Last fall, I saw coverage of a research study by Yale law professor Dan Kahan:

Kahan conducted some ingenious experiments about the impact of political passion on people’s ability to think clearly.  His conclusion, in Mooney’s words: partisanship “can even undermine our very basic reasoning skills…. [People] who are otherwise very good at math may totally flunk a problem that they would otherwise probably be able to solve, simply because giving the right answer goes against their political beliefs.”

In other words, say goodnight to the dream that education, journalism, scientific evidence, media literacy or reason can provide the tools and information that people need in order to make good decisions.  It turns out that in the public realm, a lack of information isn’t the real problem.  The hurdle is how our minds work, no matter how smart we think we are.  We want to believe we’re rational, but reason turns out to be the ex post facto way we rationalize what our emotions already want to believe.

This study is merely the latest of a healthy line of investigation, much of it done under the umbrella of behavioral economics, into human irrationality, manipulatability and decision-making. My passing interest in this work is one of the reasons I’m so certain that cultural transformation needs to be rooted in both the head (facts) and the heart (emotions).

But the odd offshoot of this is the ways that I’m also a little more suspicious of the notion of “putting myself in someone’s else’s shoes.” I mean, there’s lots and lots of time where the practice of compassion, the striving to understand another person’s perspective is valuable.

Sometimes, though, I wonder if the gulf of perspective is wider than can be crossed in an imagination event. A co-worker of mine back in Philly always talked about the risk of “conversations with disbelievers” — wouldn’t our advocacy energy, she wondered,  be better spent speaking to people who shared some (or all) of our core values but didn’t yet see the connection between those values and our work, rather than by trying to “convert” individual holding values drastically different from ours?

I think there’s something to that.

I also worry about the many, many ways that the news media “ideal” of balanced coverage of an issue is actually a subtle way to reinforce the assumptions and lies of the cultural status quo.  By now, the slogan “Fair and Balanced” has become self-parody, an eternal punchline:

There’s also the longstanding tradition of stories presenting two talking heads, each on one side of a controversial issue. But what are the cultural prejudices that get reaffirmed by the decision of which topics are controversial and need the point-counterpoint treatment. Remember back when I talked about media response to the book The Obesity Paradox? That story, which dared to suggest that fat prejudice might not be a good idea, required GMA’s medical editor to show up and talk about how we all still need to watch our BMI and monitor our weight. But the 2,600 diet tips and programs that have been profiled on GMA since then? Do you think there’s been any requirement for our sage Dr. to talk about how weight isn’t an accurate measure of health, and the physical harm caused by dieting/weight cycling behaviors? Of course not! (Citations here.)

And then there’s the flip side, when crackpot theories are given far more cultural dominance than they deserve* in the interest on presenting “both sides” of a story. To continue on the thread of climate change:

I’m a week behind on my John Oliver, so it’s possible that he did something so incredibly kick-ass this past Sunday night as to take the top spot on my list. But, barring that possibility, I think this moment from Episode 3 is the best damn thing he’s ever done:

(Though bringing down the FCC comments site over preventing cable company fuckery was kind of cool, too.)

[Post-script] This meditation was prompted by the Day 9 prompt for Writing 101:

A man and a woman walk through the park together, holding hands. They pass an old woman sitting on a bench. The old woman is knitting a small, red sweater. The man begins to cry. Write this scene.

Today’s twist: write the scene from three different points of view: from the perspective of the man, then the woman, and finally the old woman.

It’s another prompt that seems more aptly designed for fiction writers than for the memoirist/cultural gadfly kind of writer such as myself. But no complaints: it was a fun topic to think about, even if I took the assignment a little “slant” once again. [/Post-script]

* Actually, a “crackpot theory getting more cultural dominance that it rightly deserves” is a pretty damn accurate description of fat shaming/fat stigma, too….