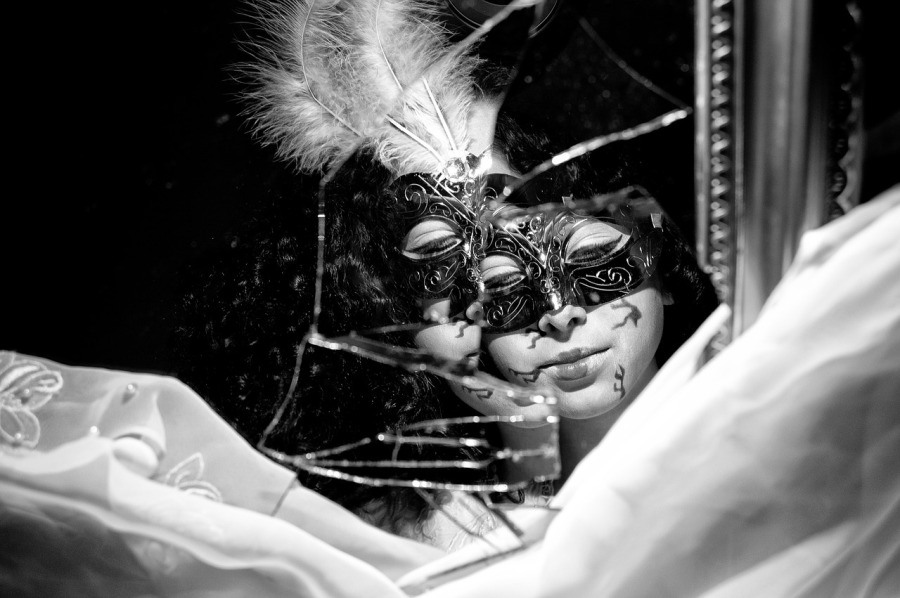 This has been a brutal week for me and my spring allergies. BRU. TAL. The sniffles! The sneezing! The perpetually runny nose! Those uncomfortable bits of dry skin that build up where one’s nostrils meet the upper lip, on account of all the nose-blowing caused by the sniffles and congestion….

Oh, was that a bit TMI? #SorryNotSorry

Of course, during these surreal COVID times, there’s also all the symptomatic second guessing.

END_OF_DOCUMENT_TOKEN_TO_BE_REPLACED

I have an incredible addiction to the idea of fitting in. Of looking normal, not seeming too crazy or “woo-woo” or “out there” — whatever punitive descriptions the cult of rationality use to condemn someone who believes in Spirit, the energetic system, and so on. The idea of being judged negatively carries way more import to me than is healthy, as does my level of upset around the possibility of having people make false assumptions about me and my life choices.

Given those emotional addictions, this next series of posts feels very scary to write.

In my first couple posts back here, I alluded vaguely to some self-care and detox “projects” I had coming up in the near future. The most significant of those is that I’ll be starting a round of the HCG detox program near the end of the week.

Anyone googling “HCG” is not going to find much of anything that’s discussed through the lens of detoxing — it’s all been subsumed under the cultural obsession with weight loss. This source at least calls it a detox program, but pretty much the rest of the text is an ad for HCG as a weight loss tool. And this article in Slate, plus this blog (and the two she links to) are pretty typical of everything else I’ve found online about HCG: something worth doing all because it makes the numbers on the scale go down. Because the numbers on the scale are quite possibly the most important detail for measuring* a woman’s value as a human being.

So it’s feeling a little weird as I’m moving towards this experience. I know my focus and intention are on detoxing a life’s worth of accumulated poisons (dietary, environmental, emotional). I know it to my bones.

Point of fact: I’m flying some few hundreds of miles away from Boston so I can start this journey in partnership with a detox center that is coming from that same place of intention, rather than going to the Boston-area places that are all about offering HCG on a menu with lipo, botox and laser peels… If I was in a weight loss frame of mind, there’s options just around the corner that don’t rack up the frequent flyer miles.

My goal in this is not about losing weight. But my research makes me pretty sure that I will lose some weight in the weeks ahead. And I have a lot of complicated feelings about that.

I worry about being seen as someone betraying the ideals of fat acceptance/fat activism by making this choice.

I worry about the likelihood that members of the “general” fat-shaming public will likely applaud me for losing weight, and the ways that false assumption will tempt me towards violent angry outbursts.

I worry that no matter how frequently or clearly I am able to articulate my intention for the HCG to be about detoxing, I worry that the experience will still be co-opted into weight-loss discourse — because that discourse is just so fucking strong in this culture. (After all, even the most outspoken fat activist really secretly just wants to be thin, right?) Something about this possibility of co-option fills me with the fiery rage of a thousand suns. Like by losing weight, I’ll be letting “them” (the fat-shamers) win — and oh! I don’t want to let them win.

And yet. In a place of deep to my core unflinching honesty, I also need to own that I worry about the possibility that some small part of me is going to be happy about losing weight. ‘Cos no matter how strongly I try to speak and live from an FA perspective, I’ve had the same share of fat-shaming brainwashing that you’d expect any middle age, middle class heterosexual American white woman to have had. And even though my internal fat-shamer doesn’t come out a lot, she’s still in my system, just a little bit. And I don’t want to let her win, either.

A week or two ago, I read a post on Fierce, Freethinking Fatties that has given me a tiny bit of a lifeline for at least some of these complicated feelings. The post looks at the possibility of weight loss occurring as a result of someone adopting HAES (health at every size) principles, and marks the distinction memorialized in my post title:

There is a difference between not trying to lose weight and trying not to lose weight. One means that your focus is elsewhere. . . . The other means that you are actively attempting to either stay the same weight or gain weight. . . . [M]ost people I come across who are fat and follow a HAES lifestyle fall into the first category. The act of practicing HAES usually means that they are interested in increasing their health. They are not trying to lose weight, because they are using other means to measure their success. . . . You might lose weight. And that’s okay. You aren’t going to have to turn in your Body Acceptance club card if you do. It just means that your body is changing because you’re adopting different habits.

(There’s a lot more good stuff where these words came from. Seriously, if you haven’t already followed the link up above, this one will take you there, too.)

I’m not trying to lose weight. But if I do lose weight as a side effect of choices I make for their detox and energetic benefits, that’s okay. In a complicated “mostly-okay-but-also-kinda-anxious” sort of way. But it’s what I’ve got for now.

Edit: Because “any” and “every” start with different vowels and create different acronyms when used in phrases, and because it is a nice show of respect to get people and organizations’ names correct…