The Day 4 prompt for Writing 101 is loss. Any kind of loss, from heart-wrenching to flippant. The extra twist: write so that this piece can be the first installment in a 3-part series, as opposed to the “one-off” posts that populate so many blogs. (Now that piece of advice amused me especially, considering the endless ways my posts speak in interwoven dialogue to one another. I think the comments field on JALC have more ping-backs connecting my different posts in conversation with one another than I have actual comments from people!)

During the hours between seeing the prompt and sitting down to write, I wondered whether I’d talk about my father’s death. After all, JALC was birthed during those first months of shock and grief, and we have just recently marked (or not marked, as the case may be) the fifth anniversary of his passing.* Ultimately, that didn’t sense as the way to go.

Instead, a meditation on how I parted ways with graduate school and the ivory tower.

Sometimes a good ending is prefigured by a bad beginning. 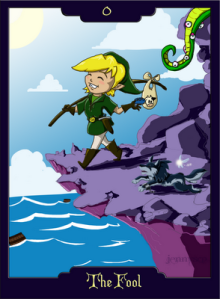 Not that it seemed like anything bad at the time. Indeed, when I was on the verge of beginning my Ph.D. program, it looked as if — to quote a piece of adolescent dystopia — the odds were ever in my favor.

What’s not to be happy about? An Ivy League program, full graduate fellowship, and I received the offer letter so early in February that even my professors were shocked.  Even while waiting for and weighing the other offers that came, having that one letter in my hands meant that, even if the details hadn’t quite been settled yet, I had my life all wrapped up and figured out.

And there, I believe, lies the root of the problem. I had set myself on a course without enough self-knowledge to know whether it was a path that would truly suit me.

Did I set myself on this path so much as drifting there? After all, school and academics had been the only thing in my life at which I had truly excelled. During the public school years, the fruits of that natural talent were made bitter by the shames and embarrassments of not being talented at the right sorts of things — the prettiness, social, and popularity scales. Once I was at college, the environment was one that more fully valued my intellectual gifts. Why wouldn’t I think that it was the environment where I was meant to stay for the rest of my lifetime?

And so, whether by aimless drift or by self-deluded intention, I was going to become a professor.

Never mind the amazing naïveté of the choice. My complete lack of understanding about what a professor’s life and work actually are like. My false sense of limitation around how school and classes were the only environment where I could be successful. My immaturity in thinking that I would perceive the cloistered nature of academia as a safe cocoon rather than a strait jacket.

I was going to be a professor. Until I realized that no, I wasn’t. I really wasn’t.

5 thoughts on “A Bad Beginning”